I recently Scored the  Introductory Theme to ESPN's Saturday Game day Broadcast,
I do believe I'm in good Company 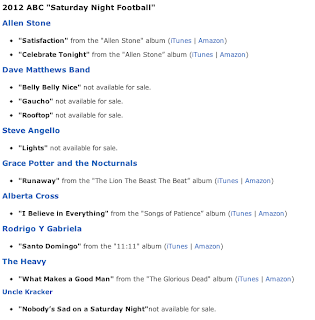 Posted by Peter Rundquist at 7:34 AM No comments:

Excited to be composing the Score in collaboration  with TPT and Insignia Films
STAY TUNED!!

Premiering Spring 2013 on PBS
LOS ANGELES, CA -- JULY 21, 2012 -- CONSTITUTION USA with Peter Sagaltakes to the road for a fresh and surprising journey through the 4,418 words — and 27 amendments — that made America. Breathing new life into the traditional civics lesson, Peter Sagal, host of NPR’s popular “Wait, Wait … Don’t Tell Me” travels across country on a Harley Davidson to find out where the Constitution lives, how it works and how it doesn’t … how it unites us as a nation, and how it has nearly torn us apart.

“The Constitution was, and is, an imperfect document, and its strength lies in the ongoing arguments about its meaning, as much as what’s in the original text,” Sagal says. “I’m looking forward to digging into this stuff …  And also, getting to ride a motorcycle.”

CONSTITUTION USA, a production of TPT National Productions in association with Insignia Films, will premiere on PBS in spring 2013 to coincide with the 225th anniversary of the ratification of the Constitution. It is produced and directed by Insignia Films’ Stephen Ives and Amanda Pollak (THE WEST; AMERICAN EXPERIENCE documentaries “Lindbergh,” “Seabiscuit,” “Las Vegas,” “New Orleans” and “Kit Carson”) and executive produced by Catherine Allan of Twin Cities Public Television (HOOP DREAMS, LIBERTY! THE AMERICAN REVOLUTION and SLAVERY BY ANOTHER NAME).

At a time when Columbia University polls indicate that more people can identify the Three Stooges than the three branches of government, CONSTITUTION USA sets out to illuminate this remarkably misunderstood document. Traveling from Tyler, Texas, to Missoula, Montana, from Cranston, Rhode Island, to Berkeley, California, Sagal introduces viewers to some of today’s major constitutional debates and talks with ordinary Americans and leading constitutional experts about what the Constitution actually says and what it means, the dramatic historical events and crises that have defined it, and why all this matters. Far from being a dry historical survey,CONSTITUTION USA will be a story of personal emotion, passion, big ideas and high stakes that continues today.

“Bringing history alive from multiple viewpoints and offering innovative teaching tools is part of PBS’ core mission,” said John F. Wilson, PBS senior vice president and chief TV programming executive. “We’re looking forward to a new generation learning more about America and about one of the critical documents that inform how we live our lives.”

Throughout, the series will vividly illuminate key topics and themes that are essential to understanding the Constitution, including how unique and revolutionary this document was; the historic freedoms guaranteed by the Bill of Rights; the struggle by African Americans, women and other groups for inclusion; and how conflict and compromise were “baked into” the Constitution.

Featuring a powerful social media component and innovative educational partnerships with The National Constitution Center, iCivics and PBS NEWSHOUR,CONSTITUTION USA will reach citizens across a variety of platforms, inviting them to connect around our shared political legacy.

Major funding for CONSTITUTION USA with Peter Sagal is provided by the National Endowment for the Humanities, the Corporation for Public Broadcasting and public television viewers.
Posted by Peter Rundquist at 10:57 AM No comments:

About Glad to have been a part of this one 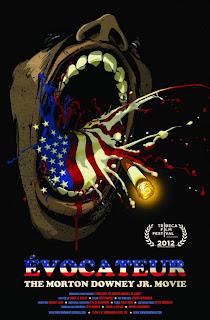 Posted by Peter Rundquist at 10:01 AM No comments: 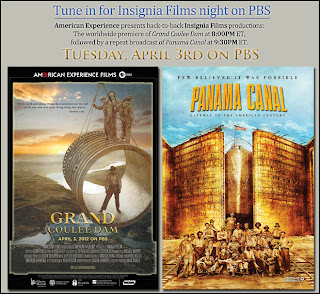 Tune in for Insignia Films night on PBS! In just one week PBS will be screening the world premiere of Grand Coulee Dam followed by a repeat broadcast of Panama Canal. It all starts Tuesday, April 3rd at 8:00pm ET. Check your local cable provider for listings. Music composed by Peter Rundquist
Posted by Peter Rundquist at 1:13 PM No comments: